As Smartphones have become one of the major assets to search the web and navigate our day-to-day life, web mapping services have been on the upswing in both popularity and complexity. The web mapping services domain has become extremely competitive: Google is the obvious business leader, but Apple is quickly trying to come up to the mark. Google and Apple’s routing apps are regularly the initial two names to come to mind when people think of a map app.

Google Maps has been the go-to star of online mapping since its launch in 2005. It began with just presenting an effortless way to get directions from one place to another and has gradually developed into a shared worldwide database brimming with information. Apple Maps introduced in 2012 with a lot of clatters. That clatter was mainly criticisms about blunder and poor directions. In the past eight years, Apple has reconstructed the entire service from the ground up.

Has Apple Maps caught up to the bar set by Google Maps yet? Here is a comparative study for the two platforms, User interface, and User Experience to find out which is the advanced virtual map app for the users. 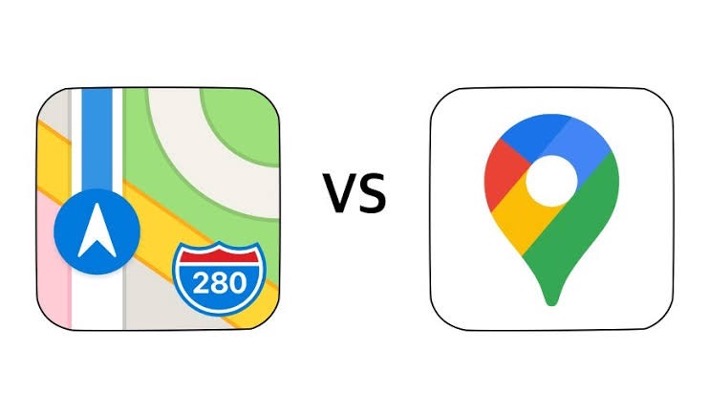 With mobile phone apps being diligently linked with the reality around us, new and more businesses understand the importance of map integrations. People are using location-based services on a gigantic level, and mobile apps are the preferred way to use them. It is not restricted to travel apps anymore, instead, it is used in a lot of applications like social networking, Uber, food delivery apps, and whatnot. Is google maps or apple maps better?

Google maps have been in the market for so long now, but Apple has evolved greatly over a relatively short period to compete with Google Maps. Now Google and Apple maps are the two biggest competitors on the market. But what makes them apps different from each other and unique? Which one of them has a better user experience? Let us have a comparative critique.

IS APPLE MAPS AS GOOD AS GOOGLE MAPS?

One of the major distinctions between google maps and apple maps when it comes to app advancement is, of course, their accessibility on distinct platforms. While Google offers services for both Android and iOS devices, Apple Maps are only available for iOS devices. 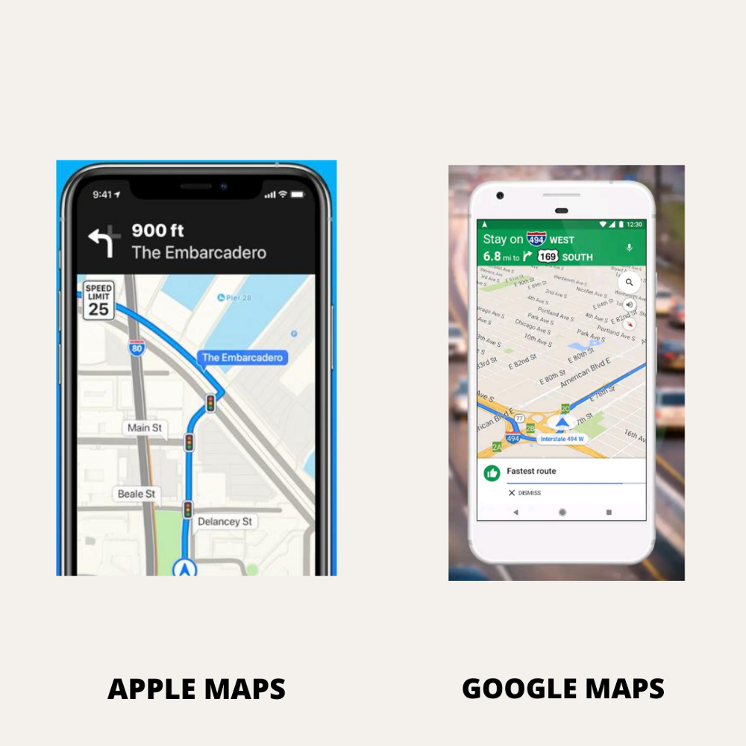 In a struggle of apple maps versus google maps, Apple supports a more comprehensible and subtle map design. Apple Maps presents its data in a neat, simple-to-read format, which is designed to show only what is necessary on the screen for what the user is looking for at that minute. Apple Maps has a Flyover mode which lets you explore with 3D models of key formation. An additional exclusive design feature is how Apple manages labels and landmarks. Any renowned tourist allure or landmark has a unique 2D icon to represent its location. And the most amazing feature is the integration with Siri. These features give an advantage to Apple Maps. Whereas, Google Maps has bicycle maps for users who prefer bicycles in their routine. Google Map’s satellite view has a more realistic look. Smaller text and icons may look good and in keeping with the iOS visual, but Google Maps uses clearer and bigger icons to make the interface seem a bit more eye-catching. 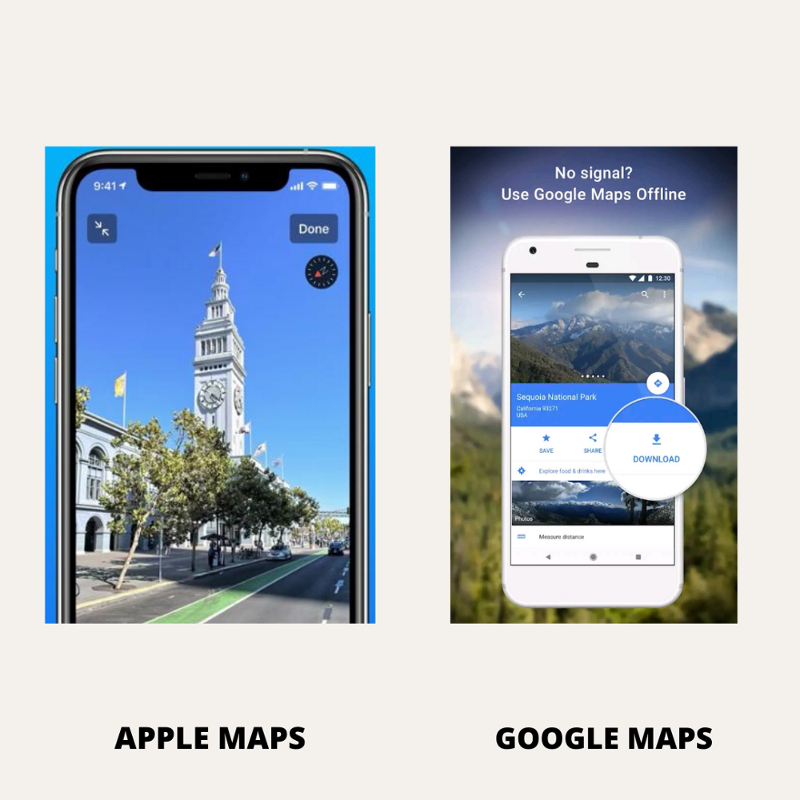 With Apple Maps, it is possible to use many features without requiring signing into an account. A lot of the information remains on your device rather than in the cloud that which does not saves a history of what you search for or the sites you visited. Whereas Google Maps’ data resides on the cloud so that you can effortlessly shift between the website and the app. It has numerous customization features such as Incognito mode. 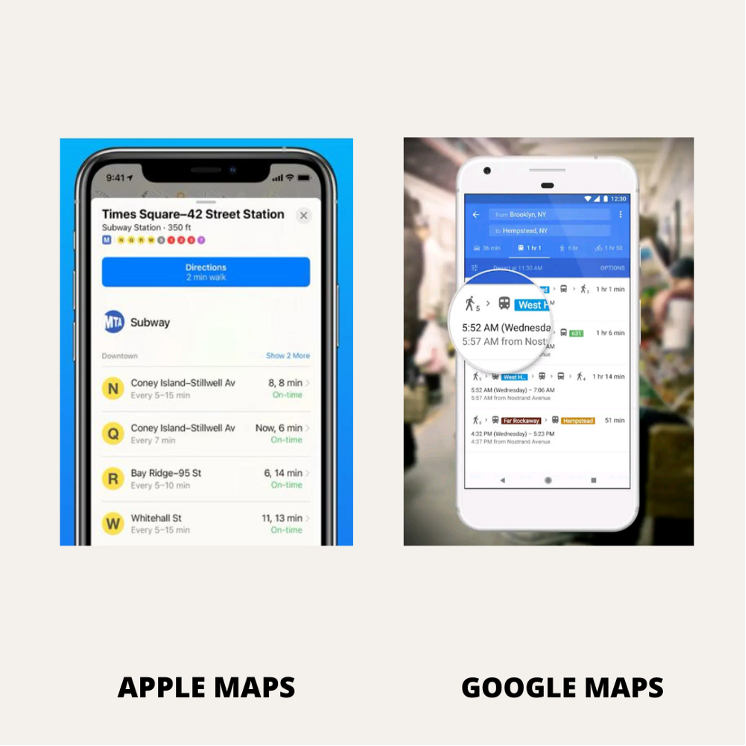 Google maps are still more vigorous and provide more exact information. If you experience and zoom in the same section on both platforms, the information on Google maps will be a bit more accurate and detailed than Apple Maps.

For most people, Google Maps is the preferred application as it is available on more devices. It also offers a more engaging interface and somewhat better accuracy when tracking locations. However, Apple Maps is still very pleasing if you are an iOS device owner. It has adequate valuable features like Siri integration, Flyover mode, and a more secure response to privacy concerns. Google Maps has an edge right now, but Apple Maps is competing hard.

What application do you prefer?