When it comes to the benefits and drawbacks of Node.js, there is a lot to discuss. It's a favourite among programmers. It's not hard to see why. Node.js, as a backend run-time environment, allowing developers to load mobile apps with multiple functions running at the same time without the servers failing or slowing down. It also runs on JavaScript, one of the world's most popular and easiest-to-use programming languages. 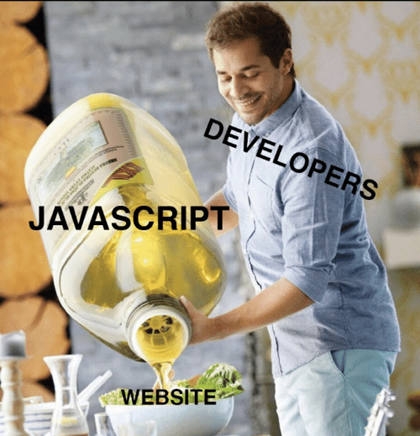 While Node.JS is far from the only programming environment that uses JavaScript, it is by far the most popular. According to a recent graphic from Statista, mobile app developers prefer it to other options by a significant margin, with more than 49 percent of those polled stating they use Node.js on a regular basis.

In this post, we'll go through the benefits and drawbacks of Node.js, as well as what the technology can do for your current mobile or online project. This runtime environment may offer you with the firepower you need to develop really supple, sophisticated, immersive mobile apps, whether your app has to operate on tablets or smartphones. Let's talk about how to do it.

It's a JavaScript-based free, open-source, cross-platform runtime environment. It is a full-stack development environment that splits jobs into entirely distinct "nodes." It is primarily intended for the server side, or client side, of a mobile application.

The structure of Node.js is the answer we offer people when they ask "what are the advantages of Node.js?" It is, after all, the fundamental motivation for its creation, and it has spawned an entire ecosystem of specialised, open-source modules.

Nodes are what make this ecosystem so helpful to programmers, whether they're building apps for the iPad, iPhone, or Android. Because each task is broken down into its own set of node routes, Tasks can execute in parallel and smoothly without slowing down the server or consuming too much memory. 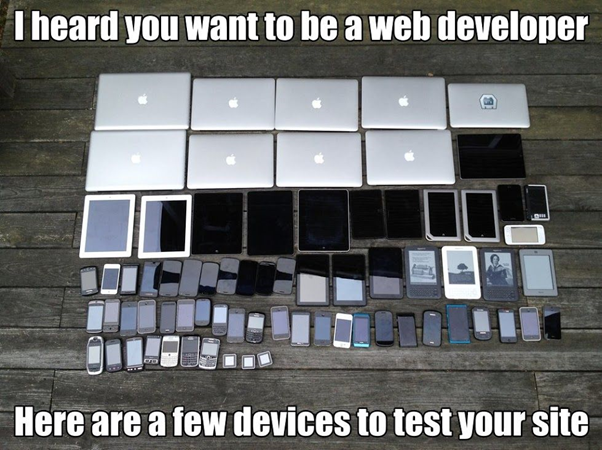 This is referred to as a "microservice" design by A Node, with each microservice being a self-contained pathway for completing a specific service. It's a novel approach to breaking down an app into its simplest components. However, it's a highly effective method to deal with mobile apps, which require speed, accessibility, and accuracy above all else.

This diagram depicts the structure of a common application. Take a look at how everything is structured as a spoke from the main app code. Customer email, shopping carts, and portal inquiries are all assigned their own "node." And such self-contained sections can operate independently of one another and the central application.

The framework is affected by this structure in particular. Because of this, Node.js has a significant advantage: it can operate on a single thread and employ non-blocking I/O operations. It can manage tens of thousands of concurrent threads in an event loop because of this.

It's worth noting that Node.js isn't the only single-threaded framework available. However, it is one of the most extensively utilised and well-known. It's also critical to comprehend how this major benefit can assist you. 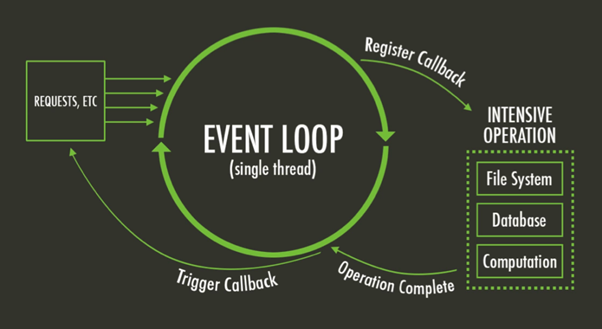 How Node.js works on a single thread. Source: medium.com

So, how do you think this would play out in real life? Consider the following scenario: you've created a fitness app with numerous major features: user tracking, online video courses, online payment, and email marketing/CMS. Some topics will gain traction faster than others. Some users, for example, may not use the monitoring area.

The apparent approach is to increase the size of the region that receives the greatest traffic. However, this is impractical for many monolithic app development solutions. One of Node.js' main advantages is its ability to scale selectively.

Because of this, it's a popular among creators of huge, engaging apps like mobile gaming, entertainment, banking, and any other software that requires a lightweight, scalable solution.

And, since mobile apps for iPhone, Android, and iPad connect with a client's web environment, its simplicity may be advantageous to web development and web design. Its quick processing allows it to take UI/UX development to new heights. There are several Node.js advantages and disadvantages to consider when utilising this runtime environment for your mobile applications. We'll guide you through the most crucial topics.

Of course, while weighing the benefits and drawbacks of Node.js for your next project, it's vital to keep in mind exactly how powerful this run-time environment may be. Keep reading - the list of Node.js benefits is lengthy, but it's a crucial element of knowing your development strategy.

The ability to scale up quickly — In Node.js, each node is built around an “event.” For example, a consumer could make an in-app purchase or send an email to customer service. There's almost no limit to how many nodes you can add to your main programming function. This implies you may expand vertically by introducing new capability pathways back to your application's core code. You may also grow horizontally by incorporating additional resources into current programmes. In either case, scalability allows your application to expand, which is one of the main advantages of utilising Node.js. 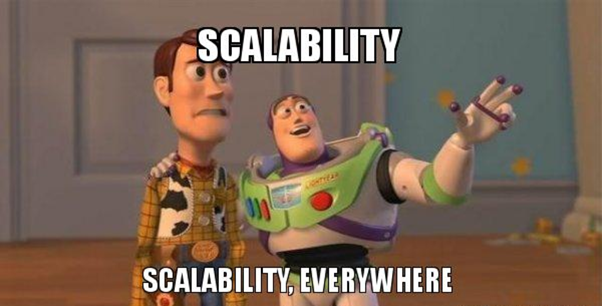 The environment's non-blocking input-output procedures make it one of the fastest alternatives accessible. Code executes fast, which improves the overall run-time environment. This is primarily owing to the system's compartmentalization. But it also has something to do with the V8 JavaScript engine used by Google. Its programmes are more likely to be written in Javascript from beginning to end, and the plug-and-play compatibility helps with speed and performance.

Programming freedom is arguably the most important benefit of all in a review of Node.js merits and downsides. Only that node is affected when you make a modification in Node.js. Whereas other run-time environments or frameworks may necessitate changes all the way down to the core code, it just necessitates a change to the node. That's beneficial not only for the original development, but also for continuing maintenance. And, most of all, you can quickly transmit information between client servers and the webserver when you use JSON and Node.js together. APIs can also be used by programmers to integrate TCP, HTTP, DNS, and other protocols into the server. 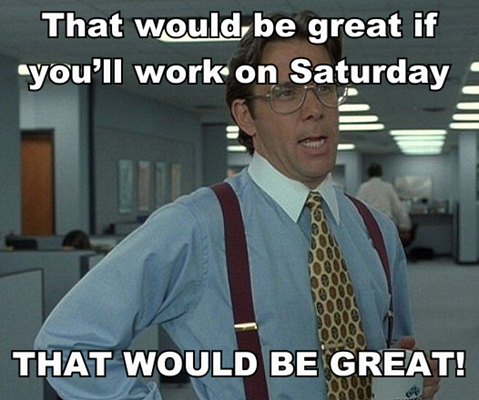 The accessibility of a single programming language

Programmers may simply hook nodes into the rest of the full-stack development because it is driven by JavaScript. This allows front-end developers to take on more challenging back-end programming jobs. There are no other server-side languages required. That's beneficial since it speeds up development in nearly every area and gives programmers of all levels quicker access to the back end of your mobile apps. It's one of the most important features of Node.js.

When discussing the advantages and disadvantages of Node.js, caching is always mentioned as a significant feature. It has a strong data caching capability. Requests are cached in-app memory when they are made to the app. As a result, when requests are executed and re-executed, the nodes may continue to function effectively without being slowed down by past data.

The fact that Node is built on JavaScript has a number of advantages, including the simplicity with which developers may add new functionality and pre-designed tools and templates. It even offers a large package management library with hundreds of open-source choices that you may use right away in your app project. These pre-packaged choices not only save your time to market, but they also save you money on programming. This is an important feature to consider while weighing the benefits and downsides of Node.

No study of Node.js pros and drawbacks would be complete without mentioning the immense advantages of its massive user community. Thousands of programmers from all around the world are members of this user community, and they are extremely helpful to one another, contributing fresh, open-source code for any sort of mobile application requirement. If your design team is having trouble with something, chances are you may find rapid answers in the community.

One of the most important features of Node.js is its ability to handle many requests at once. How does it accomplish this? By providing users with the option of using a nob-block I/O system. The system operates by prioritising queries with the shortest response times. When compared to other languages like Python or Ruby on Rails, this priority helps speed up the overall functioning of your programme.

Because it is built on JavaScript, Node JS is simple to learn. This makes learning more sophisticated server-side code easier for your front-end programmers or designers. 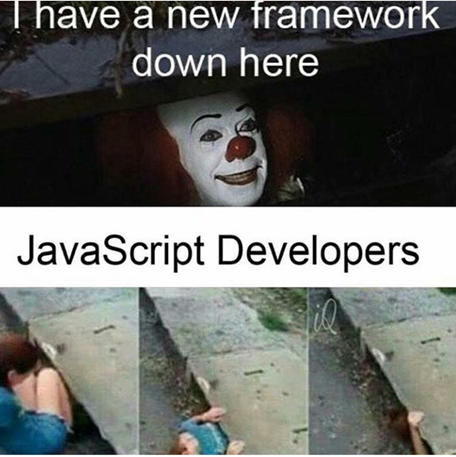 A better choice for mobile

This may be the most significant advantage of utilising node JS. Its quick development timeframes, ease of use, and capacity to scale up with additional traffic make it a must-have tool for bringing your business into the mobile mainstream. If you want to build a healthcare app, for example, and develop your business with an immersive, fast-running mobile app, Node makes it simple. And in today's world of quick mobile deployment, this is no minor feat.

It maintains a constant connection between the user and the server, ensuring that there is no lag between what the user requests and the server's response. While other run-time systems attempt to interpret a message letter by letter, it has already completed the request in its entirety. It's also worth noting that it supports Websockets, one of the most widely used real-time communication technologies in the business. You may ensure that your users are constantly in sync with you by using Node.js perks like this one. 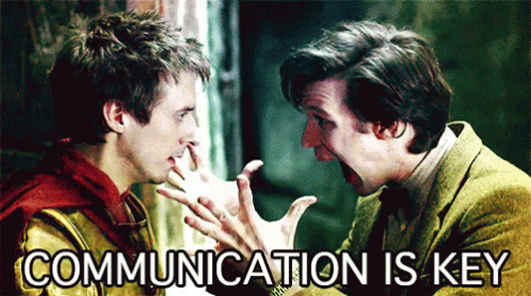 Is it necessary to have a mobile app that also connects to a desktop application? Node has you covered in this area as well. Much of the code you use for your mobile app may be moved straight to desktop apps, especially in the macOS ecosystem. As a result, development time and expenses are considerably reduced. Who wouldn't want to take advantage of Node.js?