What is the framework

Whatever field you operate in, one of your most significant responsibilities is to develop a quick, attractive website. Today, nearly every company or online service need a website, which serves as a virtual business card. It aids in consumer engagement, business promotion, and sales growth, among other things. The website should be quick, scalable, and dynamic in all cases.

When building a website, you'll most likely need to deal with a similar set of fundamental components: means to manage user authorizations (account creation, login); a user dashboard; file download and upload, and so on. If the duties are the same, why not make them easier and cut the development costs in half?

This web framework is designed to let you build highly scalable online apps or websites for an ever-increasing audience (e.g. content-based or news sites). Django works well as is and offers a variety of features for building Python-based web applications, such as a user dashboard, database support (SQLite, PostgresSQL, MySQL), admin functions, and more.

We'll look at the major advantages of using Django by looking at the following list of websites developed using this framework. Consider these sites not just as examples, but also as sources of inspiration for your own initiatives. 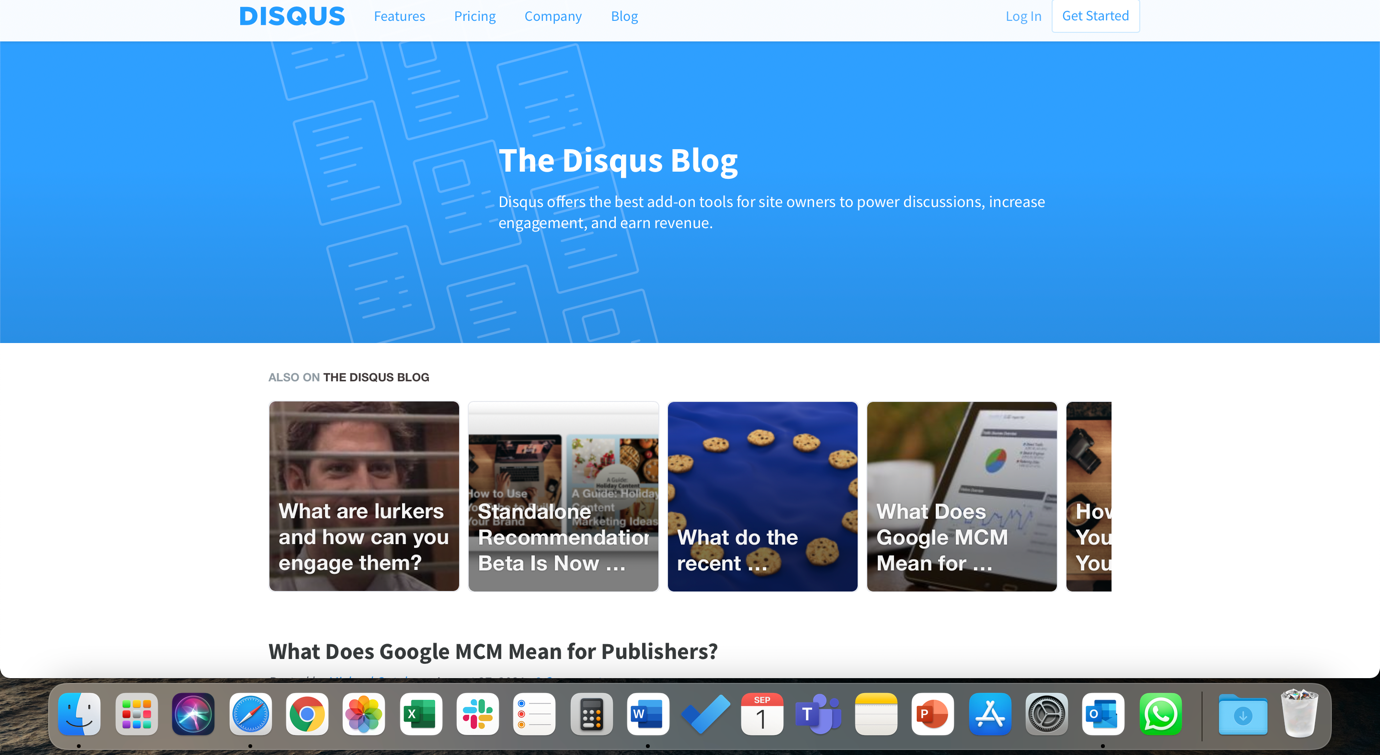 One of the most impressive Django projects. It enables you to add commenting and conversation features to your website, as well as monitor user behaviour and personalise ad serving. The team was able to not only develop the website rapidly, but also scale it for millions of new visitors, thanks to the Django framework. Other frameworks are now used by the Disqus team, but Django remains a top choice due to its ever-growing community and numerous ready-to-implement alternatives.

Instagram, one of the most well-known and rapidly-growing social media platforms, is another website created with Python and Django. Why? Instagram deals with a lot of data and user interactions (likes, shares, etc.). The Instagram team can handle all of this with Django, as well as take use of ready-to-use tools that allow them to focus on UI and UX without having to worry about the technology that makes them function.

Spotify, like iTunes, revolutionised the way consumers listen to, share, and buy music. You may access your music library from anywhere and on any device when you use it. Django was chosen by the developers for two reasons:

They not only received a complete range of Python features with Django, but they also made the most of it.

This is a webpage that plainly does not require an introduction. It was originally created in PHP, but due to rapid audience growth and the need to quickly integrate new features, the team decided to join the Django community. And the decision was well-founded, since audience growth hasn't slowed (fortunately for them), and new features arrive on a regular basis (luckily for us). 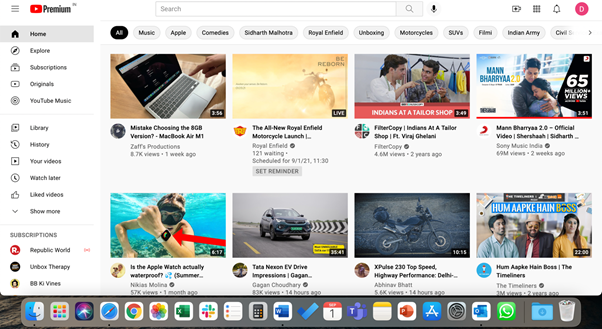 It's worth noting that Django was originally built to assist the Lawrence Journal-content . The Washington Post, The Guardian, The New York Times, and other newspaper websites that utilise Django are now highly scalable and capable of handling huge volumes of data supplied by their daily audiences.

This cloud-based Git repository, which was launched in 2008, has attracted millions of engineers. It is one of the most intensively trafficked Django-based online applications, with 17 million requests and 6 million repositories each year.

Django was chosen by the BitBucket team for a variety of reasons. The first is the community's tens of thousands of developers. The second reason is Django's collection of ready-to-use solutions, which we mentioned before. As a result, BitBucket may take what they require and devote more time to thinking about how to improve its offering. 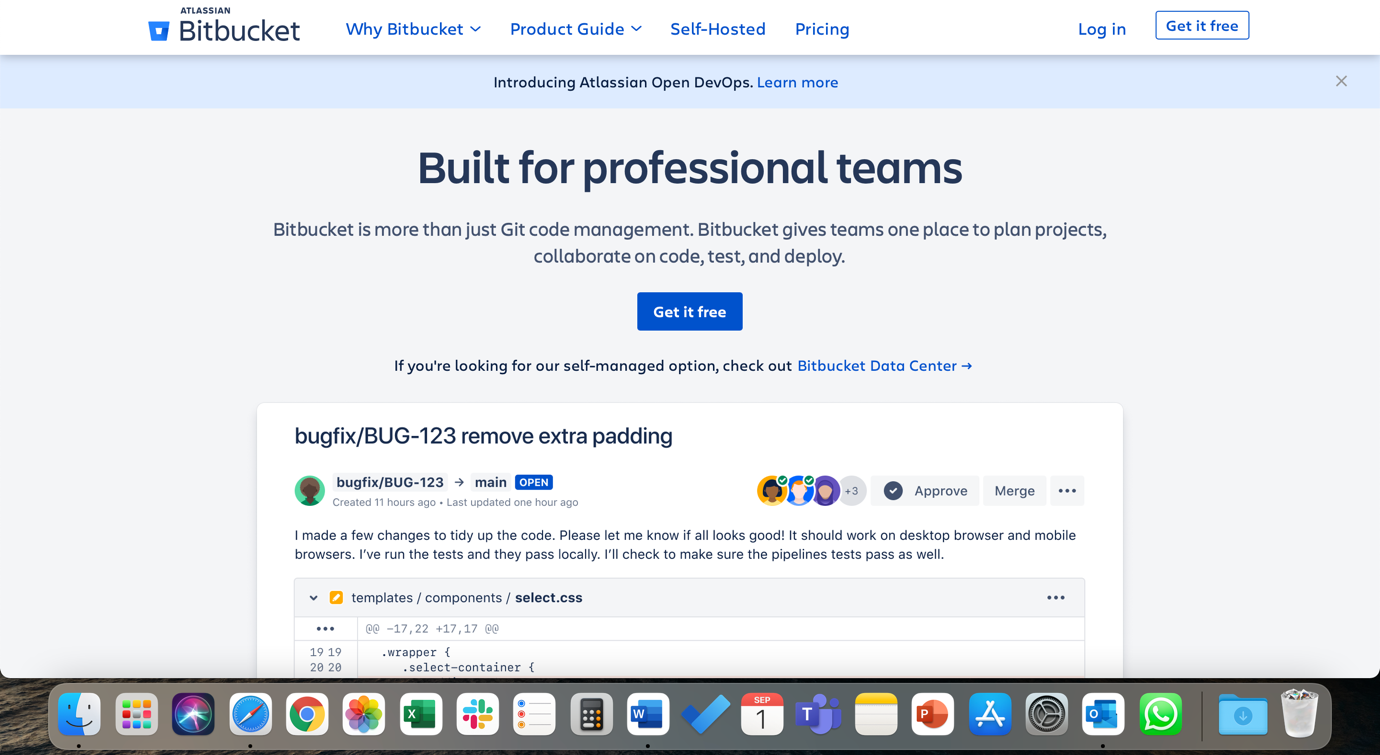 The most well-known and widely used cloud-based storage software for documents, video, graphics, and other types of files. You can access your files from any device, anywhere (when you are online, of course).

The backend and client desktop applications were written in Python. It allowed the team to create the product in a short amount of time. The developers were able to add the user history feature, synchronise an account across several devices, and, most significantly, add the file sharing feature using Django.

Eventbrite, a ticketing service and event management platform, is another Django-based website. It was originally created with Python and in-house frameworks, but due to the platform's rapid audience growth and interaction volumes, it was subsequently switched to Django. Eventbrite, like many other websites created with Django, can react to any audience number and offer visitors with fresh updates on a regular basis because to Django's scalability.

Mozilla, one of the most popular browsers, must handle hundreds of millions of inquiries every month. Given the volume of API requests they receive, it's clear to see why the team switched from PHP+CakePHP to Python+Django. Django now powers the Mozilla support website as well as all of their browser add-ons.

Of fact, the number of websites built with Django much exceeds ten. Here are some more famous websites that are built on Django

Django is an excellent choice for both small and large businesses who want to provide products as soon as possible and at a low cost. You may use this framework to not only build a website, but also to enhance it with new features and updates, as well as scale it for a bigger audience.