From a successful entrepreneur sharing advice and opinions to a yet-to achieve budding professional seeking tips, Twitter is the leading application to business. But why limit the scope to it? The majority of the population is expected to have a Twitter account either filled with wisdom, opinions, or a general rant!

When did you create your Twitter account? Probably since the internet came in the hype. Words have power and when it’s supported by the tech, it can either boom or bloom. Twitter is the application where you will find arguments, discussions, word-war with professionals and seekers from each and all industries. Want to stay updated with famous entities, check their Twitter. We mean, who doesn’t use it?

Justin Bieber (46 million), Katy Perry (46 million), and Lady Gaga (40 million) reign as the top three most followed Twitter app users.  There is undoubtedly no single traditional marketing vehicle that can reach such a wide audience, and celebrities have been able to capitalize on the attention they gain from Twitter by using social media sites to build their brands. The Twitter application creates a unique opportunity for celebrities to build their brands and gives them more control over their brand messaging. The Twitter app allows followers to show their loyalty towards celebrities, as following a celebrity shows commitment.

But with no comparison, most of the common population uses and contributes the most in deciding the experience delivered by the application. Since technology is a medium for common people to voice their opinions with huge exposure!

Let us discover how has been the user experience and user interface with the Twitter application!

How do you define the experience with a product? It is simple in our opinion if it makes you try again, you are liking it!

But when it comes to design, it’s the ease and flow. An application tends to make its users happy when the user experience is filled with effectiveness and efficiency, offering the users comfort. But is Twitter app up to the mark with its experience offered? Let us have a dive into the design analysis! 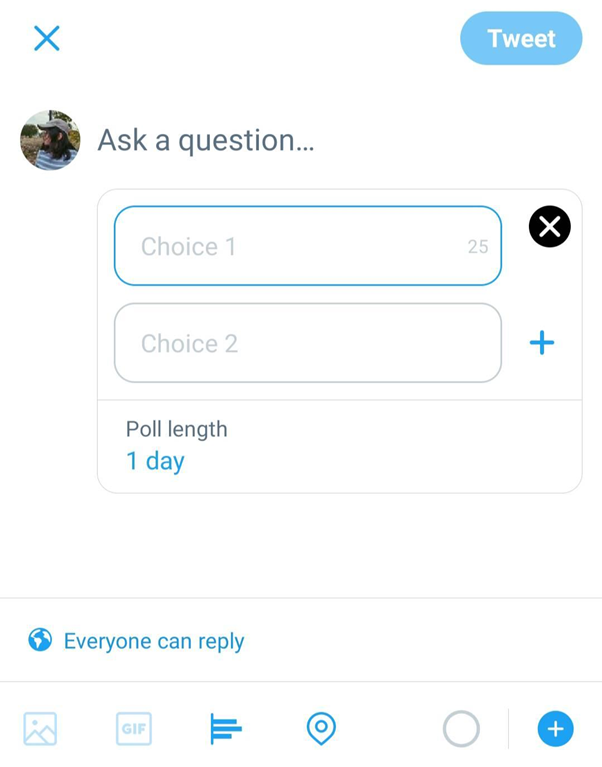 Twitter gives you a variety of choices while deciding what to tweet, you can use the images, funny and entertaining GIFs, exploring polls, a location to share, and maybe flex, but the catch here is the character limit that bounds you to adhere to the restrictions. Why does tweeting hold importance in the Twitter user experience? Simply, it is why people are here! Tweeting is the primary feature of the Twitter App and is used to share opinions, ask for the say and suggestions, open discussions, entertaining, and social image building.

With leniency in character limit, not only will it give them a little bit more room for including additional characters but will also make Twitter feeds look cleaner. Tweeting is the cheese to cake! 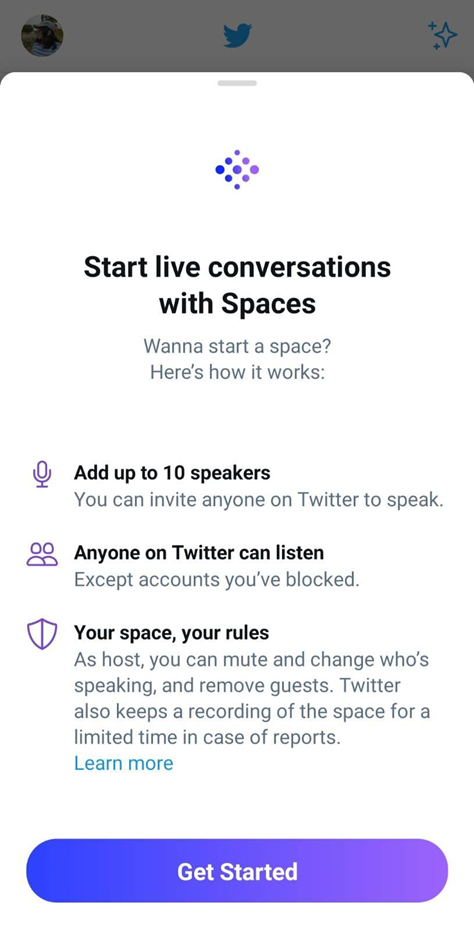 Bored of text chats? Twitter now offers its users to run live spaces. An opportunity to have open discussions about anything, how great it is to see virtual enabling everything! Twitter users can pin others to join the spaces and speak their opinions, hosts can have 10 speakers in the panel! But the wisdom and insights are not limited, anyone can join the space and listen to the discussion. A user as a host can play by its choices, twitter says, “your space, your rules”. A host can mute and switch who is speaking and remove guests. A moderator is in charge of its space and is given the authority to make selections. 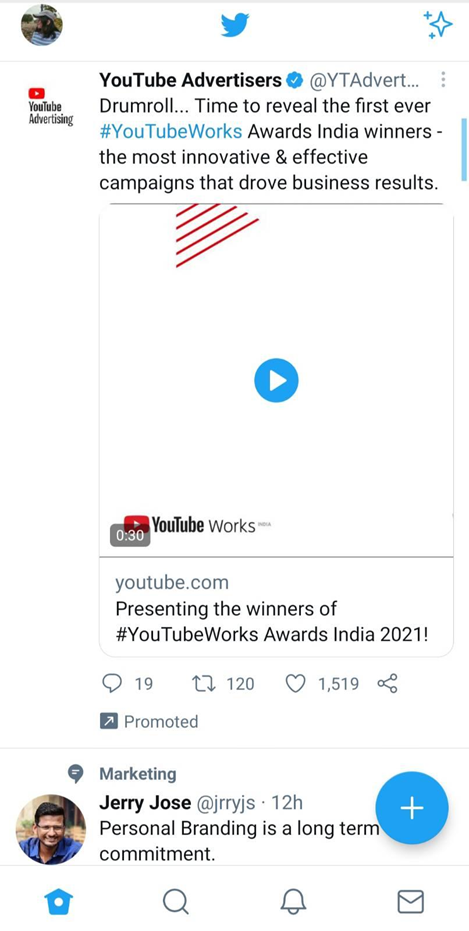 Twitter gives its users a jar full of opportunities and achievements. Branding has been the crucial significance given by the Twitter app to its users. From celebrities, the worlds’ richest businesses, startups to the common user, everyone gets an equal chance to build their personal/professional brand. Networking is another chance, Facebook, and Instagram, in our opinion are one step behind Twitter when it comes to Networking.  Twitter allows everyone to share their opinions and stories and with an addition to Twitter Spaces, it has become easy for people to connect with others. Even brands/influencers can much more conveniently develop a connection with their fan base. At last, the marketing on Twitter with such huge stats of users is an incredible opportunity for anyone who wants to catch it! 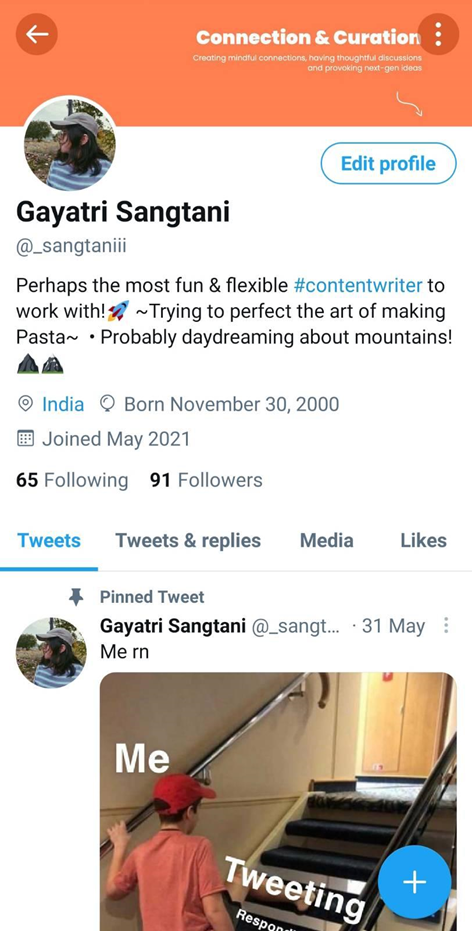 Twitter wins the debate without a start when it comes to the user interface, in our opinion. The icons used are catchy and descriptive enough to make the experience a convenient one. The profile page and home page are categorized which gives the navigation clarity and eradicates the confusion. Twitter interface acknowledges and utilizes the concept of minimalism and white space, which makes it an easy and interesting application to use! 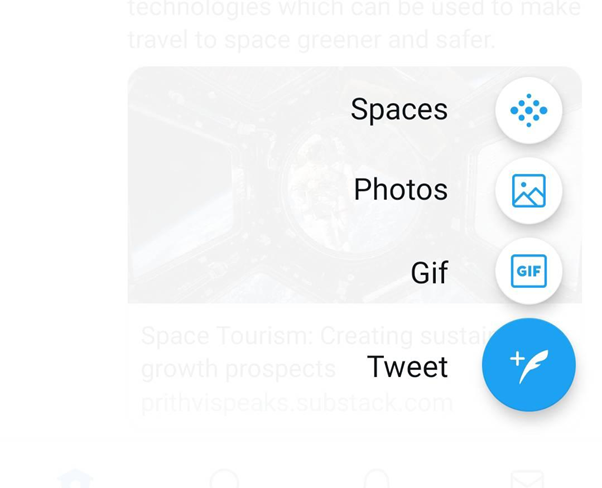 Twitter app is a leading social network that connects networking and branding, making it crucially useful. The Twitter Logo is a charm, something that has been printed over the minds of previous and present users. Some of the places where Twitter could give a try will be to exceeding the character limit, working on “going live with Twitter”, enhancing the features, improving the twitter login with an easy wand fast way, and not miss trying innovations and experiences like other networking sites.